The project area is located in Rome, inside an urban void near Basilica of St Peter, between the “Monte Mario hill” natural area and the consolidated city, built in the 60s. The site was characterized by the presence of brick kilns, from which building materials for the construction site of Basilica of Saint Peter came out.

Nowadays the above mentioned area embraces just one brick kiln left, which is almost in the middle of the site, a very important infrastructural node linking subway and railway and the reserve of “Monte Mario”, that at the moment has not a real connection with the surrounding area because of the lack of a real entrance to the natural area, although it’s an amazing panoramic viewpoint  of the St. Peter’s dome.

So, the concept is the result of the overlapping of two paths:

1. the green path, that comes down from the hill pushing against the city, until it finds the border of the district, which coincides with the limit of the area.

2. the path of knowledge, that starts from the valley around the brick kiln, historical place of technique, and goes on the hill, digging its side with a path that tells the history of the place, until it arrives on the top of the hill to see St. Peter’s Dome.

The central thread that keeps together these two paths, is the RESEARCH.

The project consists in a big public space of research: a research center with green labs, a library and an auditorium, located on the border of the area plus the entry pavilions of the park, located upon the hill.

In the middle, a big square around the focus point  of the brick kiln, in which the natural feature of the area becomes a serial of green stripes from which children can learn something about botanic and the kiln becomes the start point for the path of knowledge, up to the hill. 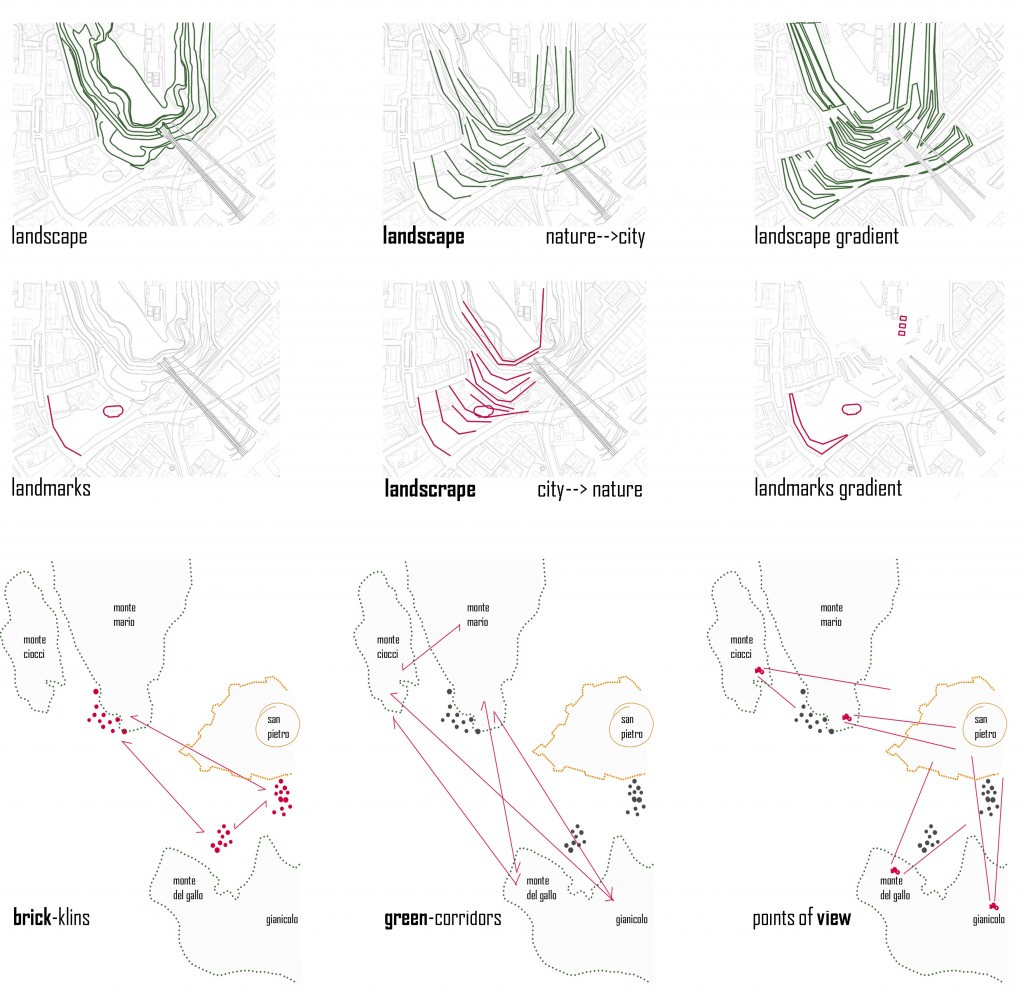 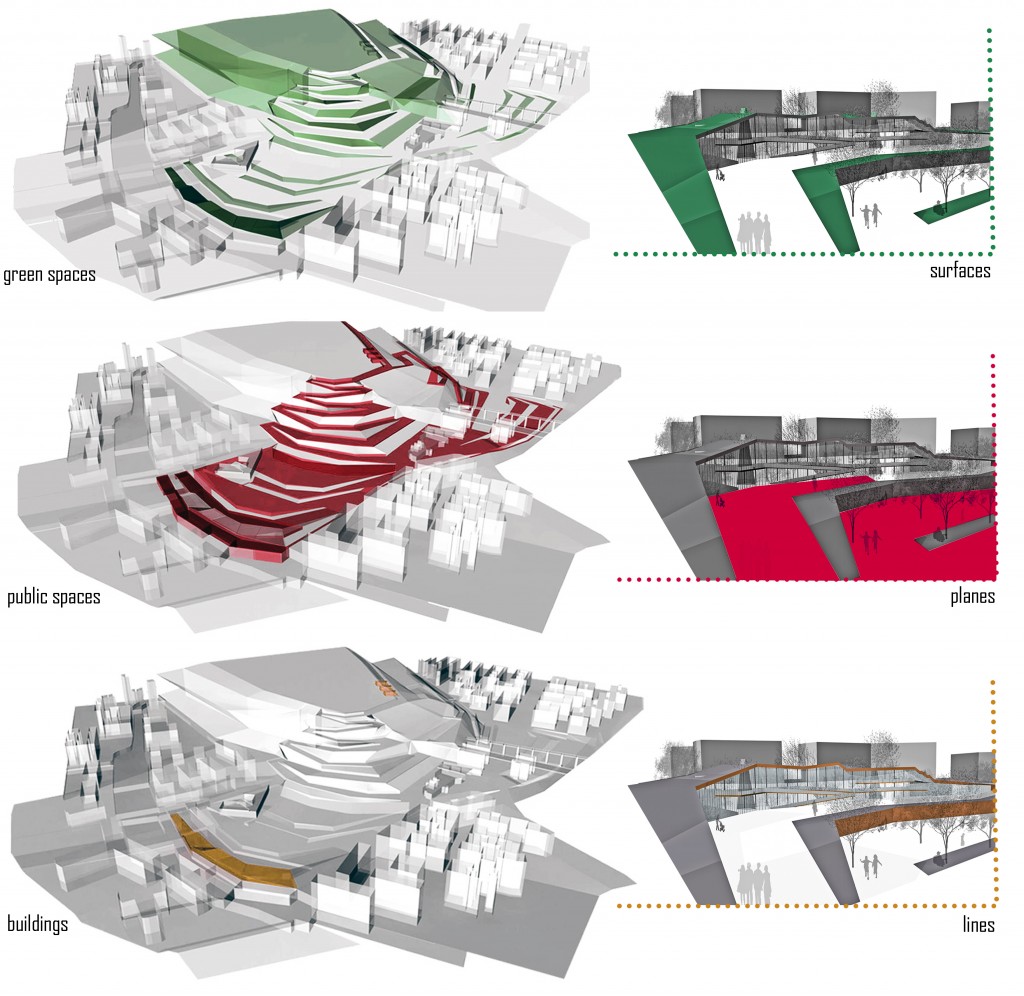 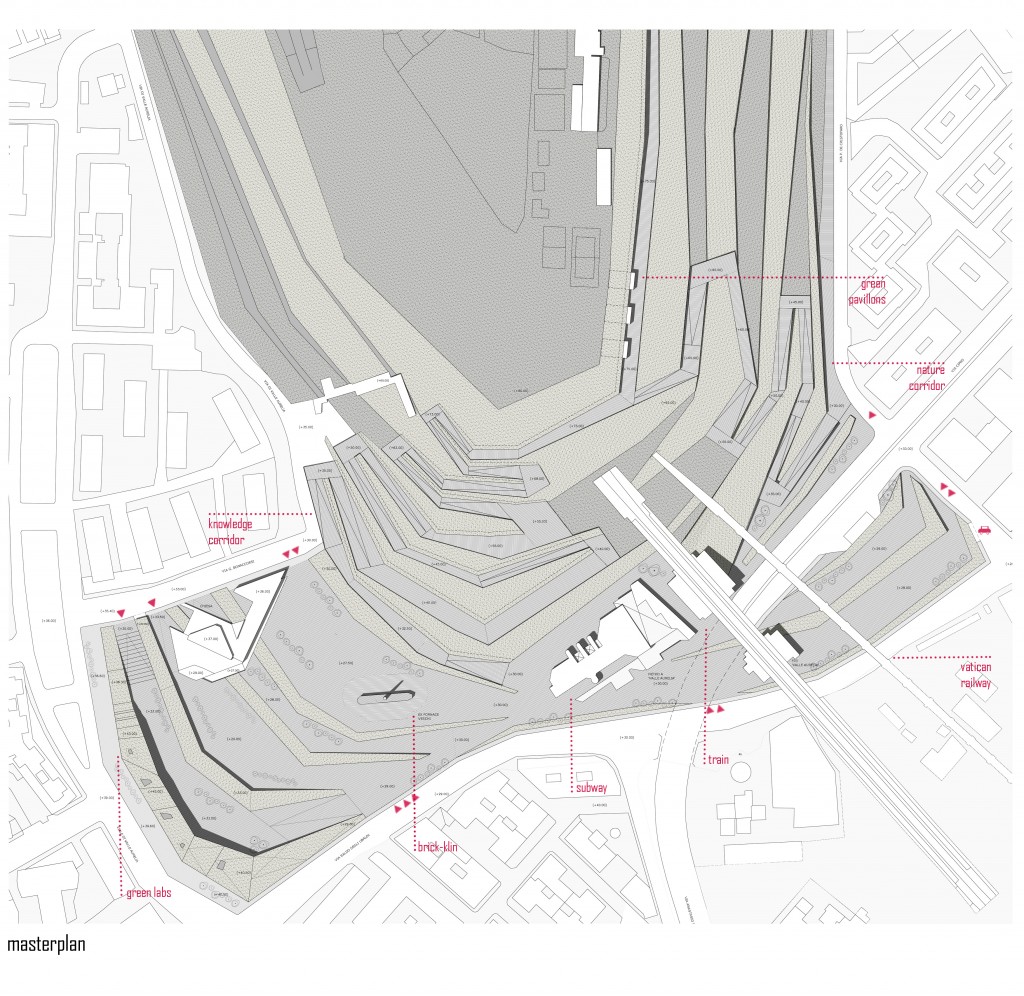 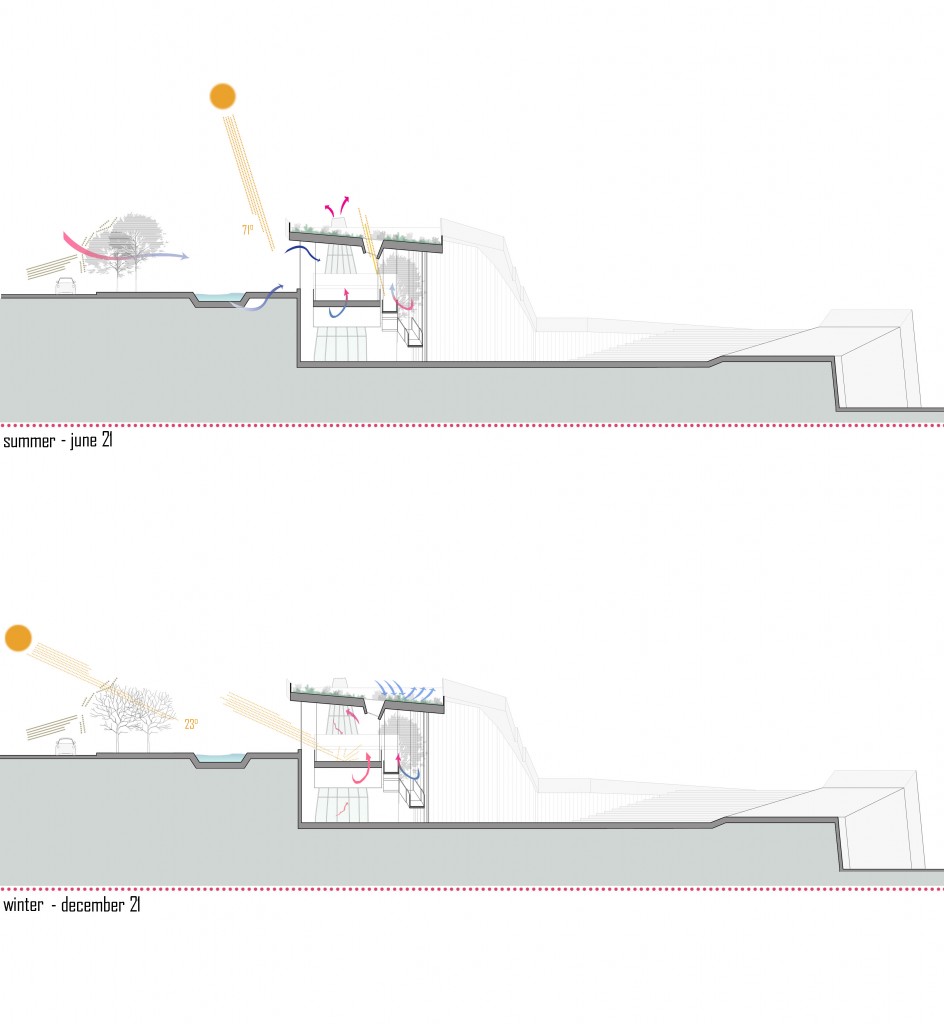