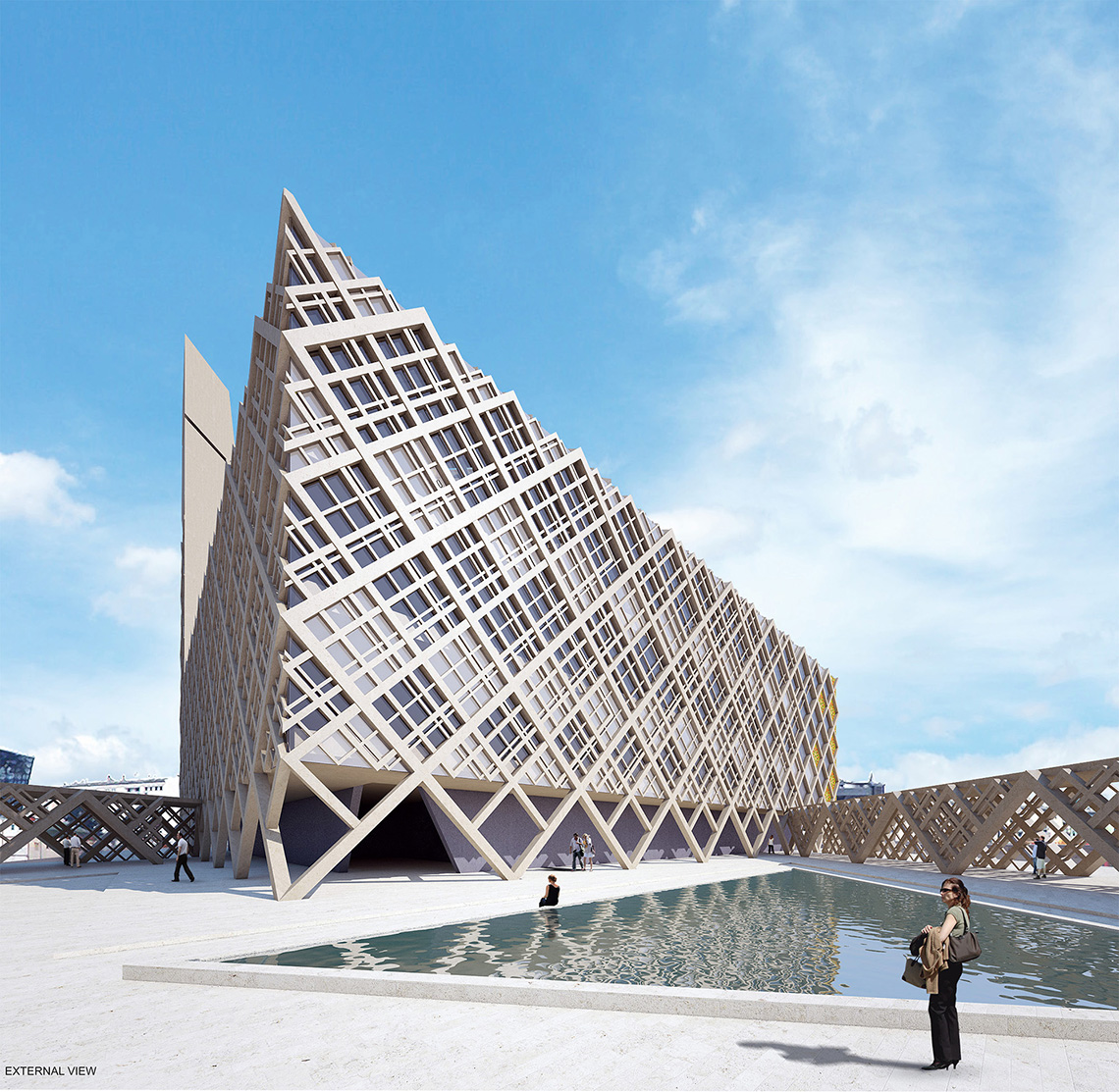 Concept.
The project for the Central Mosque of Prishtina derives from the idea to interpret in a contemporary way the mosque’s architecture and to integrate it in the urban context.
By reflecting our time, the mosque assumes traditional, regional and historic forms, abstracted and arranged according to contemporary aesthetics.
We extracted the underlying formative principles of traditional mosques, which are the creative expressions of Islamic culture, and continued (related) them with the benefits of scientific and technological advancement.
The project has been analyzed through its relation and response to its context: first the human factor, then the urban, regional, historical and the cultural context.
We identified the architecture of the mosque as a spatial embodiment of the series of rituals that it accommodates, as well as a representation of the spiritual meaning of those rituals, which transcend their functionality.
The irregularity of the mosque’s site, together with the necessity of direct the Qibla wall toward the Mecca, set a design constraint. Our response to this problem was to give priority to the Wall direction, by rotating the mosque and including the porch, a typical element of traditional Kossonv mosques, on the North-Est site of the area.
While the first is axially defined by Mecca direction, the second follows the bordering of the area, creating a space which embodies both the mosque’s introversion and a communal gathering place, comparable to the piazza in the west. 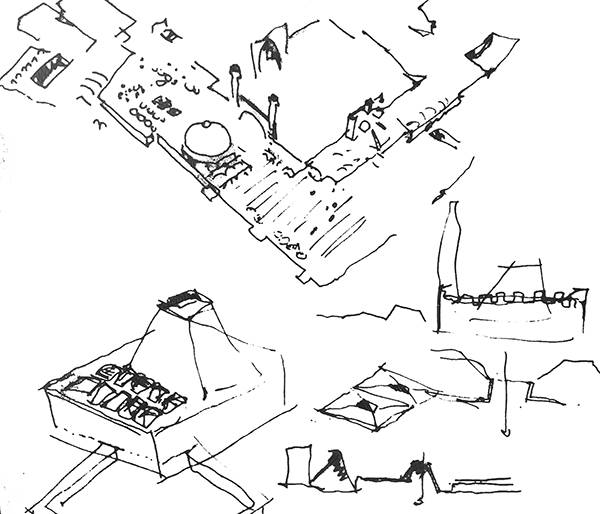 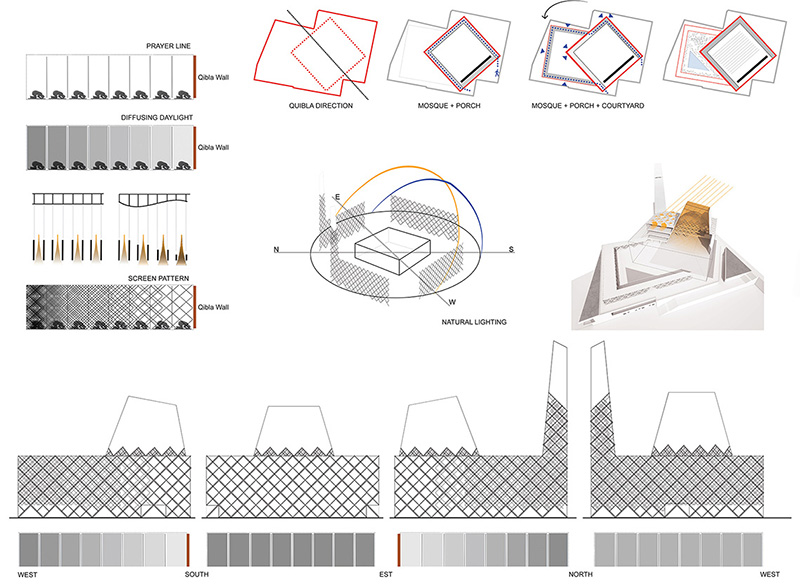 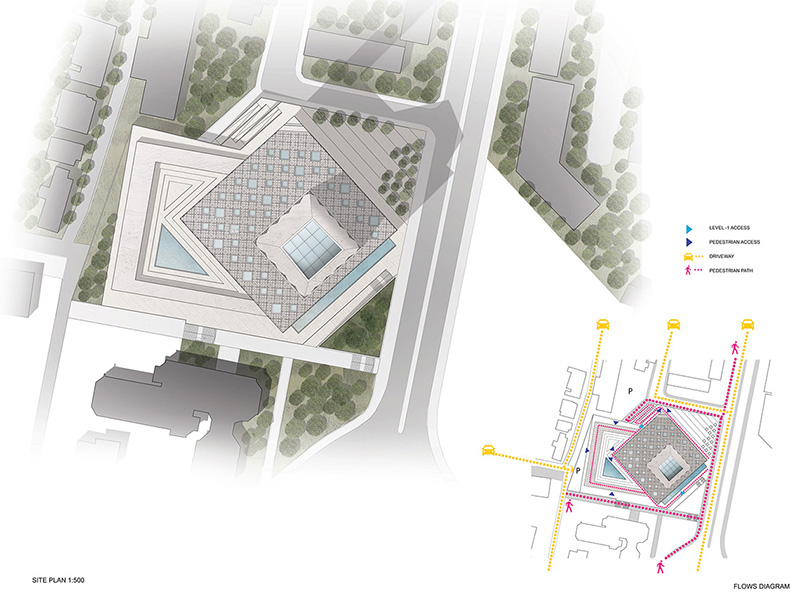 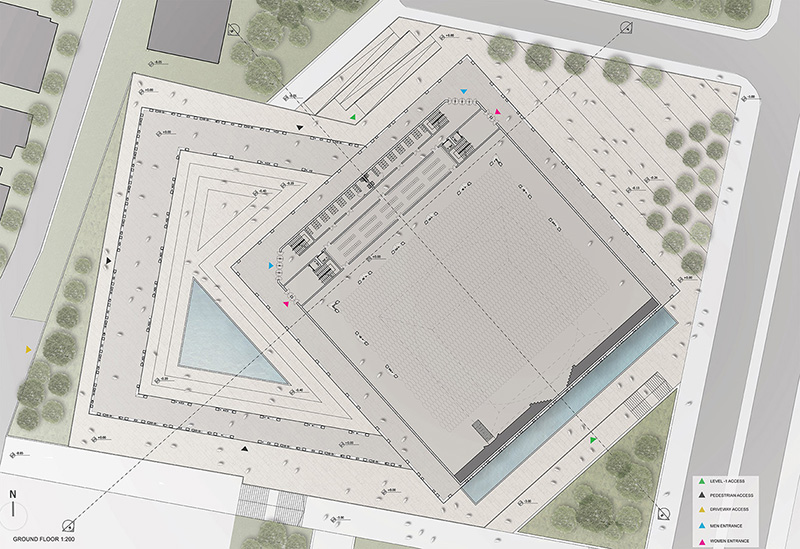 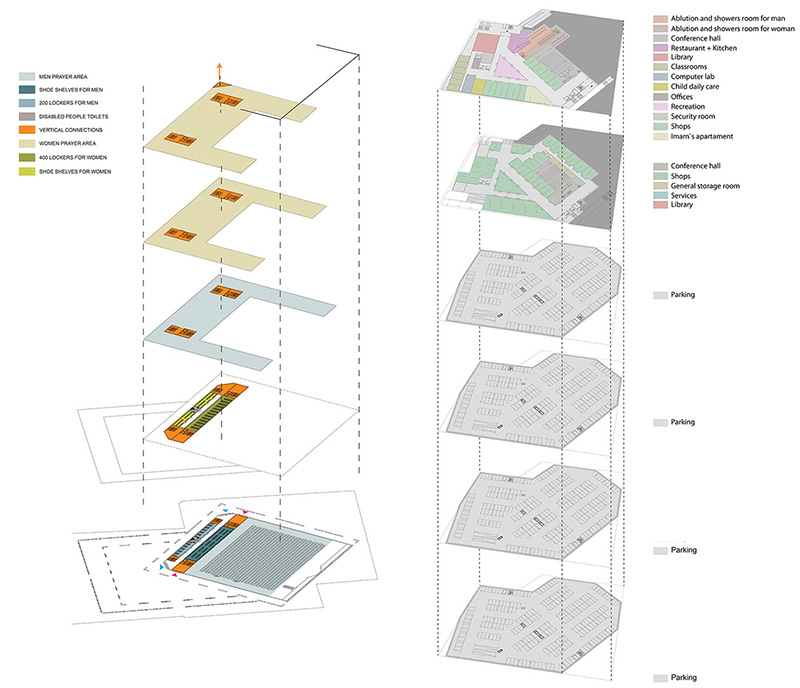 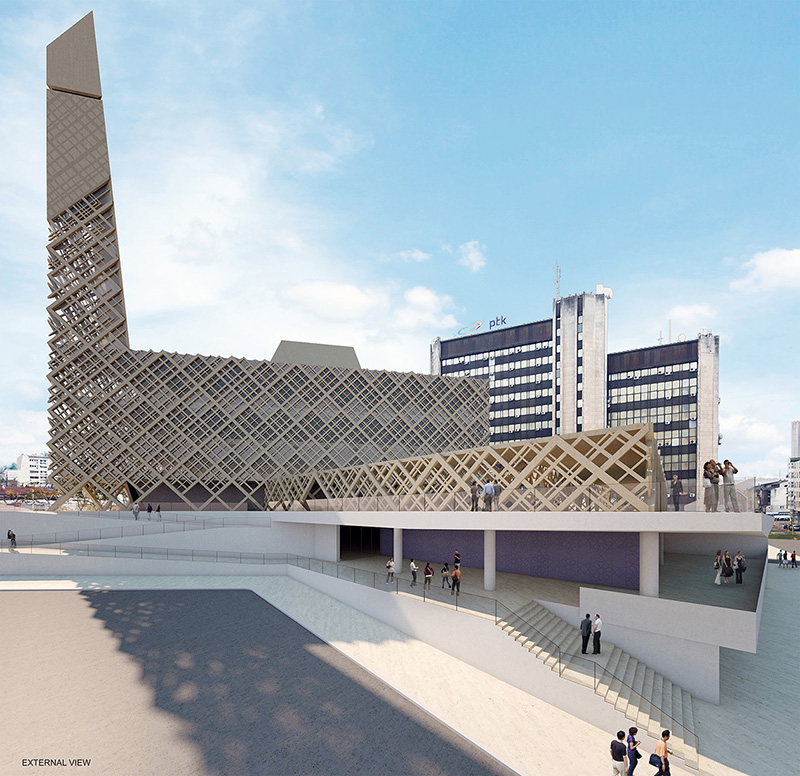 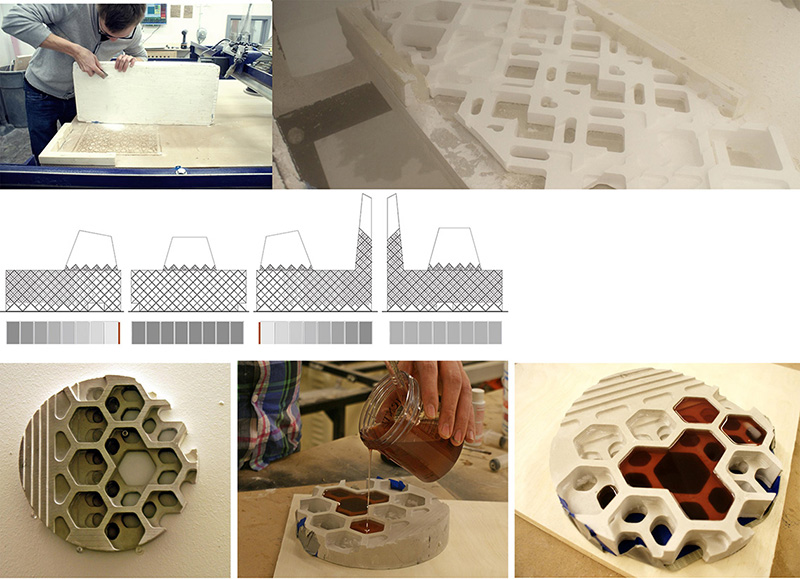 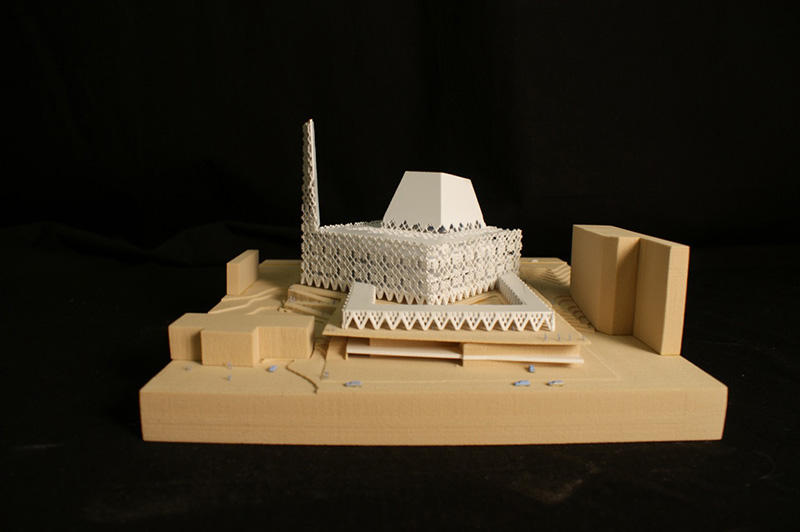 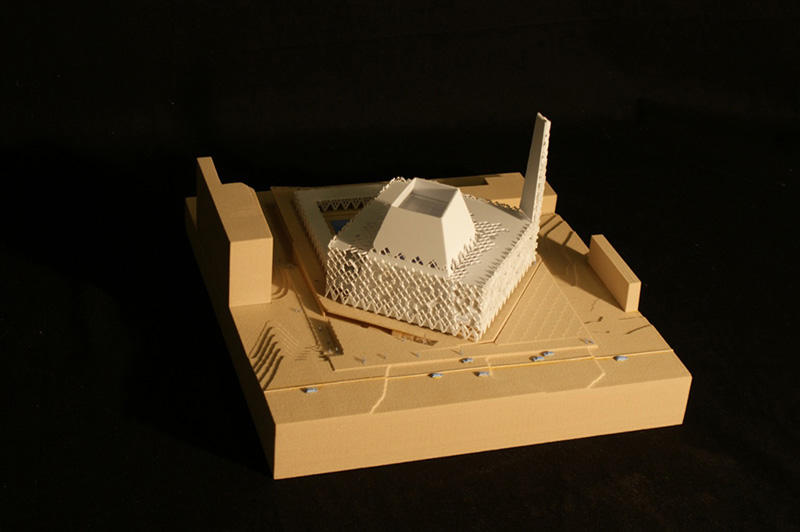 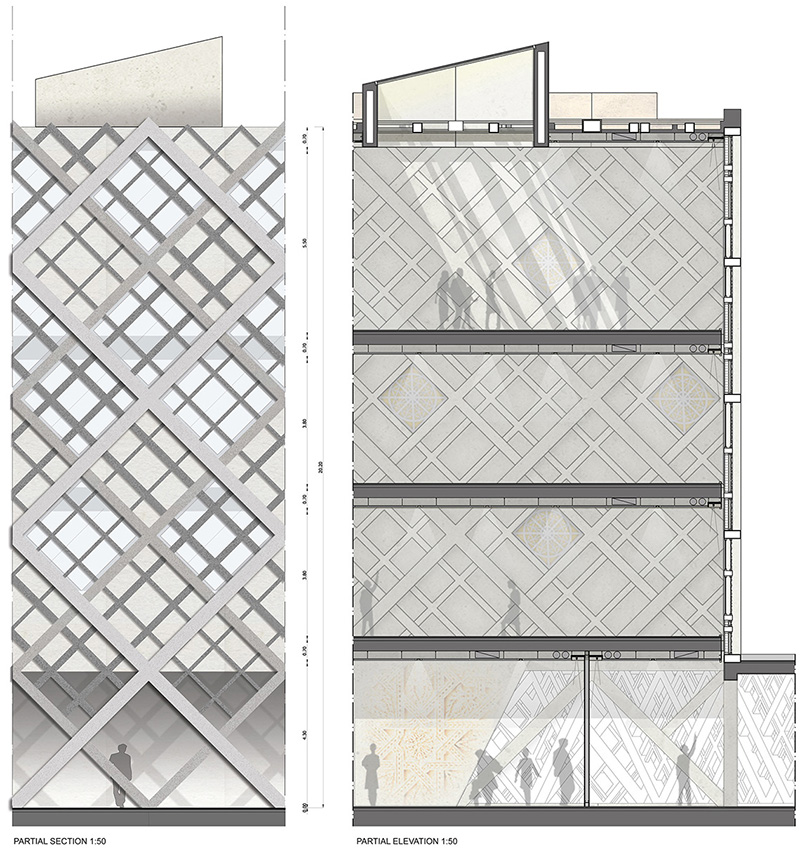