Dynamic Resilience. A Symbiotic Relationship between Nature and city:
In terms of urban morphology the city of Berat presents itself as an aggregation of smaller nuclei which are a result of the progressive addition of neighborhood and the different expansion patterns influenced by the succession of conquerors over history. Despite this the city presents a balanced coexistence between different ethnicities and religious groups.
The primary urban roads run along the two opposite banks of the river, but they also delimit the latter and therefore become an additional obstacle to the connection between two sides of the city and the neighborhoods of Mangalem and Gorica. These roads seem two independent arteries that only meet in two points – one is a pedestrian bridge and the other accessible also to vehicles – this causes the river to appear as an independent element excluded from the life of the city. On the other hand the secondary roads, rigid and linear with a roman layout, appear as ramifications that are projected beyond the city and into the farmland, the surrounding nature and the sinuous hills.
The hydrographical territory of Albania is approximately 44,000 km2. The average altitude of this territory is over 700 m above the sea level making Rivers the most important freshwater resource. They find multiple uses in agriculture, industry, transportation, aquaculture, public water supply etc. (Ravindra et.al, 2003).
With a spread of 161 km, a watershed area of 2150 km2 and its geographical position, the Osum River has an important impact on local agriculture. The River has been used for irrigation purposes since the first settlements and has been a great part of agricultural and environmental strategies not only for the city of Berat but for the rest of the Country as well.
In the images taken from Google Earth showing Osum’s behavior during rise and fall of river water for the last 11 years – starting from January 2003 until March 2014 – the two islands that remain untouched (or barely modified) through the decade appear as a significant land formation. This islands have become a natural icon for the locals which during summer months use them for sun bathing or simply for exploring the wildlife they house.
The native vegetation mass characterized by low grasses and high shrubs on top of this islands is also untouched and well adapted to this environmental conditions. As it is shown by the aerial images through the years the vegetation has grown in mass and age making the top of the island compact and resilient to the River’s force. However this is a battle that cannot last for long as the island banks need protection in order to maintain a balanced vegetation, biodiversity and land mass.
The mail goal of the project is to promote local development conditions through light and low impact landscape and programmatic operations on the riverbanks and the islands, while preserving the specificity of the territory and guaranteeing the city’s resilience to flooding in the years to come. All the above can be achieved through the application of ecologically sustainable development models.
In synthesis the main objectives set by the project are the following:
Strengthening the connections
Connecting the Osum Island to the city network, improving the connections between the riverbanks and the main areas of the city.
Enriching the value of natural, cultural and environmental assets
along the river with the aim of boosting and regenerating tourism throughput the year, offering to both citizens and tourists new spaces for outdoor leisure and recreational activities.
Protecting and improving the environment and preventing ecological degradation
through preventive actions, management and reorganization of degraded and abandoned areas.
Guaranteeing the resilience
of the river and its islands.
Favoring biodiversity
and the presence of areas suitable for the growth of autochthonous plant and animal species.
STRATEGIES
Securing the riverbanks with retaining rope gabion walls and riprap/rubble
Creating natural pools for water overflow storage;
Protecting the main islands from erosion with reefballs;
Improving physical and visual commotions through pedestrian paths, bridges and piers;
Favoring the formation of small islands through placement of reefballs;
Reintroducing and strengthening riparian vegetation and fauna (birds, insects, fish);
Creating spaces for recreational and leisure activities along the paths and on the islands. 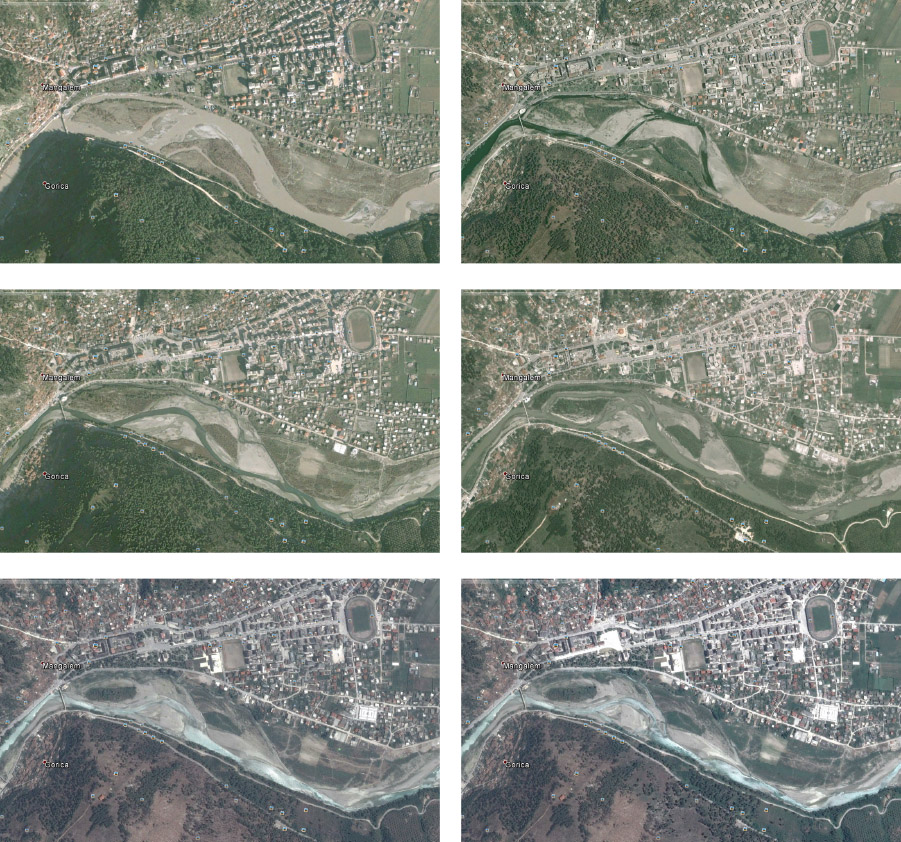 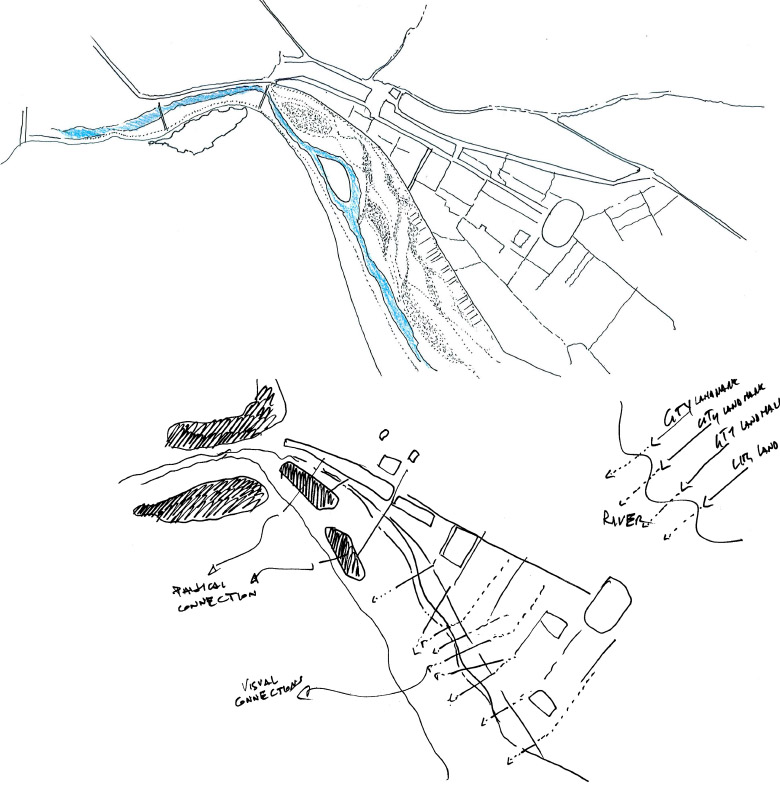 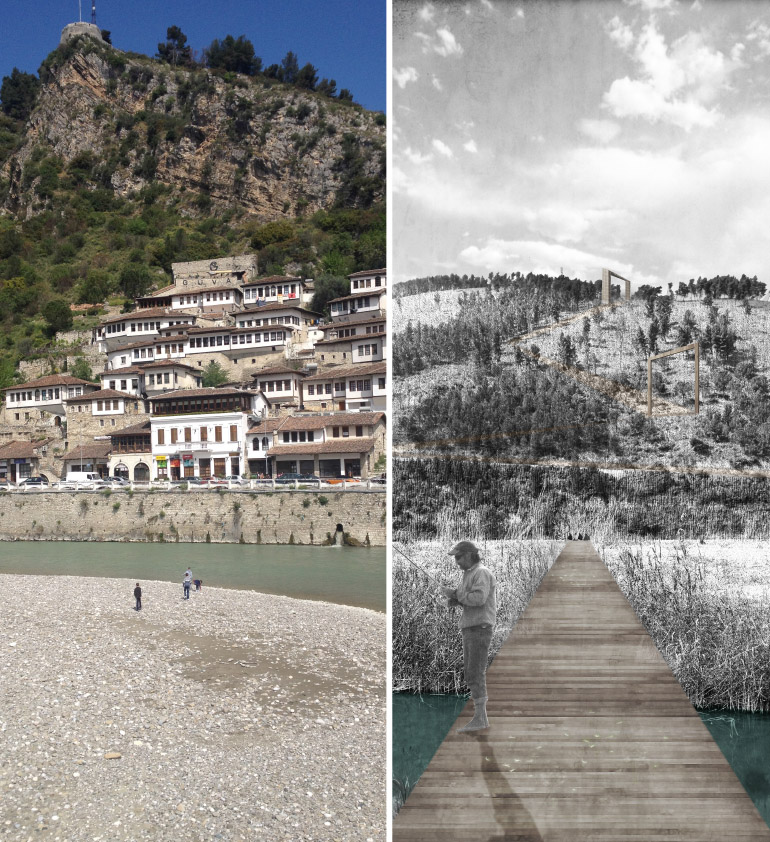 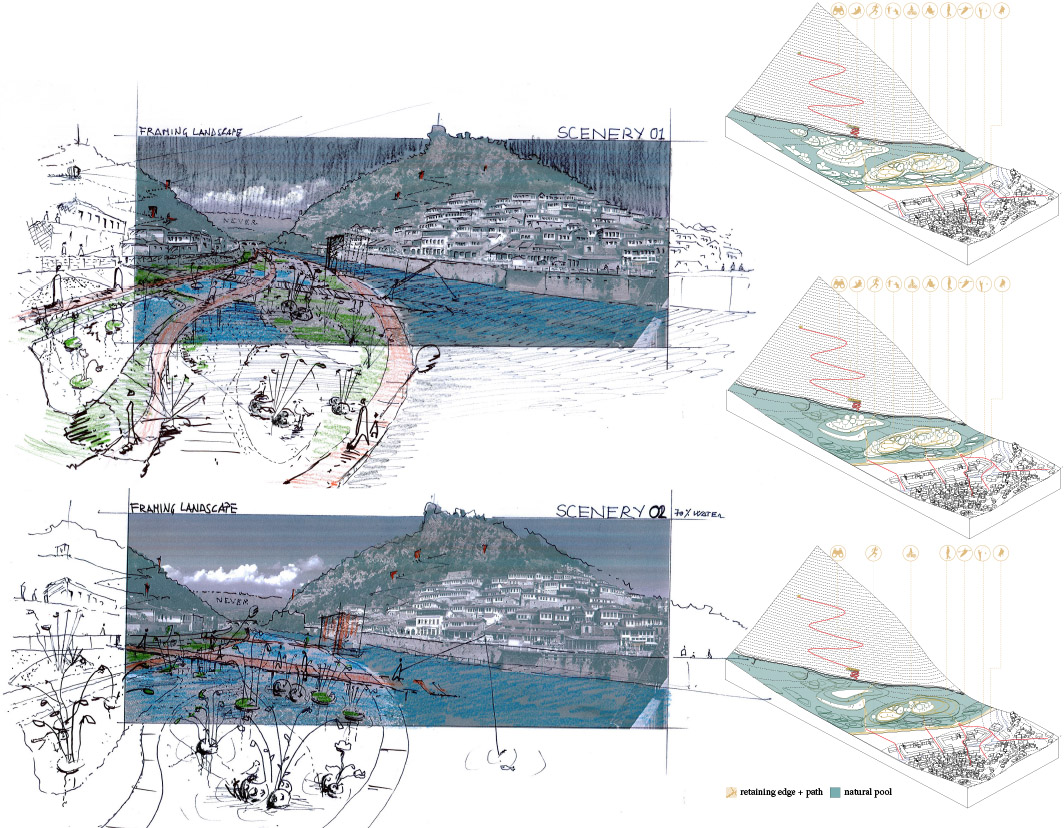 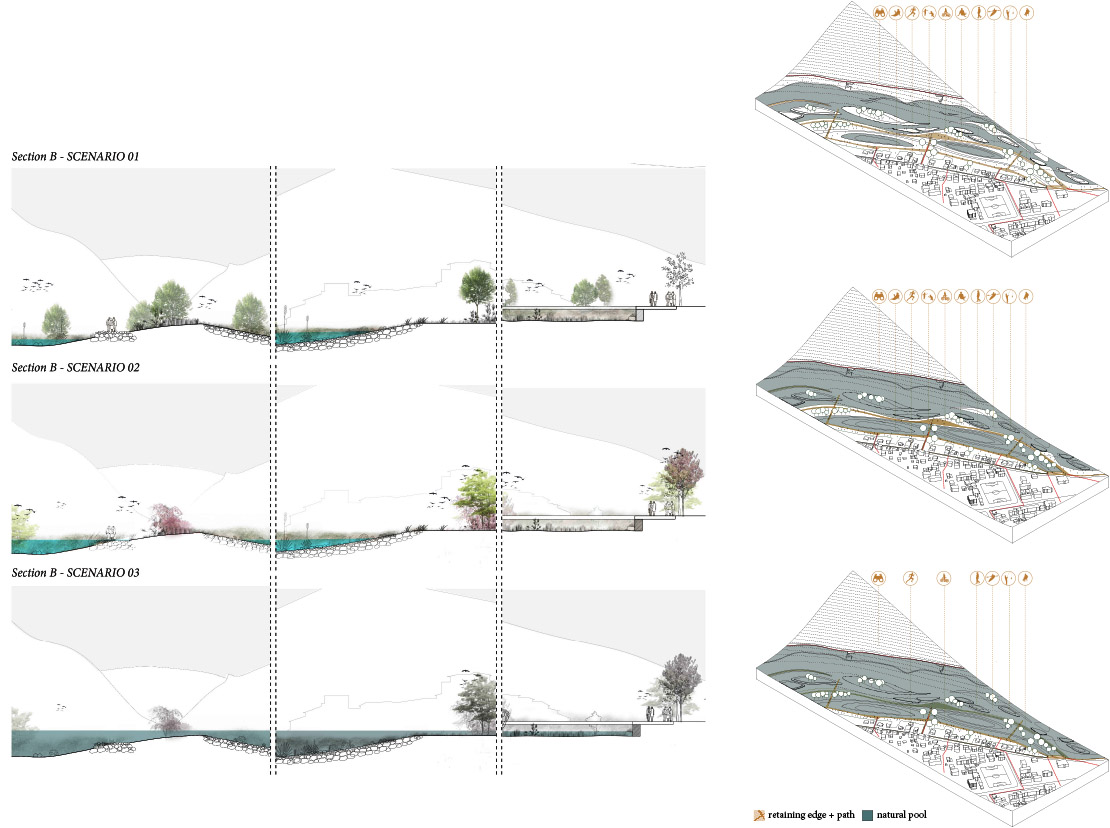 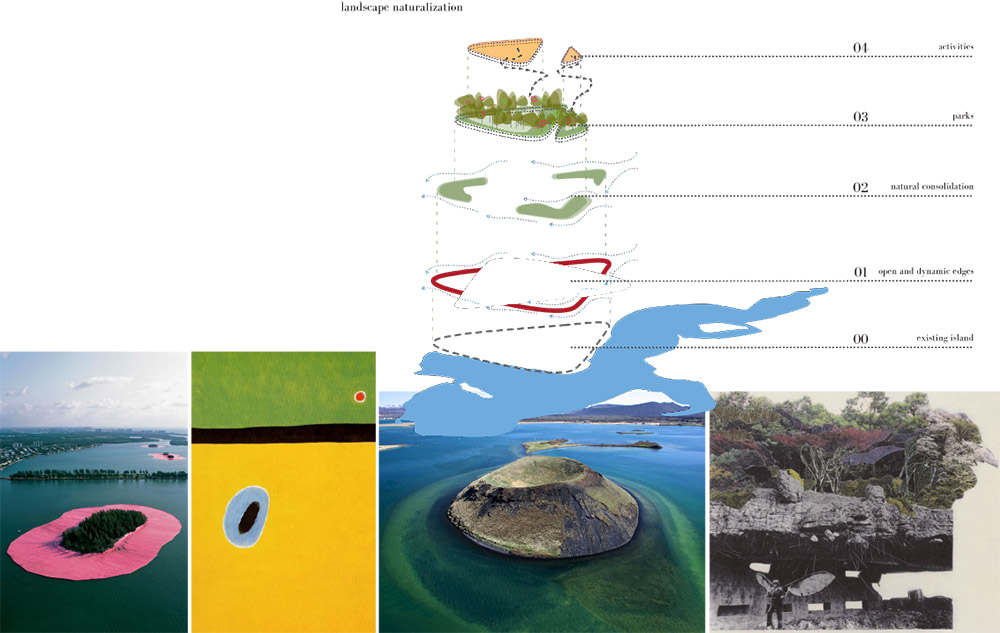