The project intends to create a sustainable and open institution that will become a driving force of knowledge and creativity diffusion, projecting Maribor towards its role as the European Capital of Culture in 2012. The main scope was to collect, preserve, represent, interpret, research, document and protect Slovene movable cultural heritage in the field of visual arts form the beginning of the 20th century until today; represent and promote contemporary Slovene visual art at an international level; educate the wider public about contemporary visual art. Moreover the new UGM incorporates a number of satellite activities that offer a wide programme for children, youth and families. In order to preserve the past while giving it a new meaning and quality, views of the ancient medieval city walls have been enhanced form different floors of the Art gallery. Moreover the south facing façade of the main building has been designed using a pattern and a material that recall traditional terracotta roof tiling, while still guaranteeing an optimal thermal performance and a modern, mutating and captivating appearance. Great importance has been paid towards the creation of new public and green areas. The open spaces originate from the dense network of functions of the New UGM and converge into wider public spaces that serve as an exterior projection of some of the main functions of the complex. 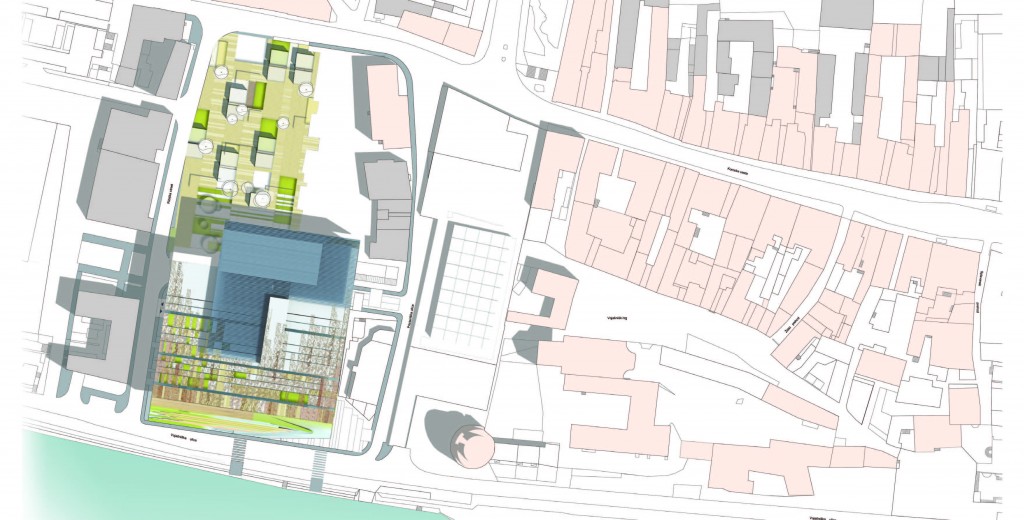 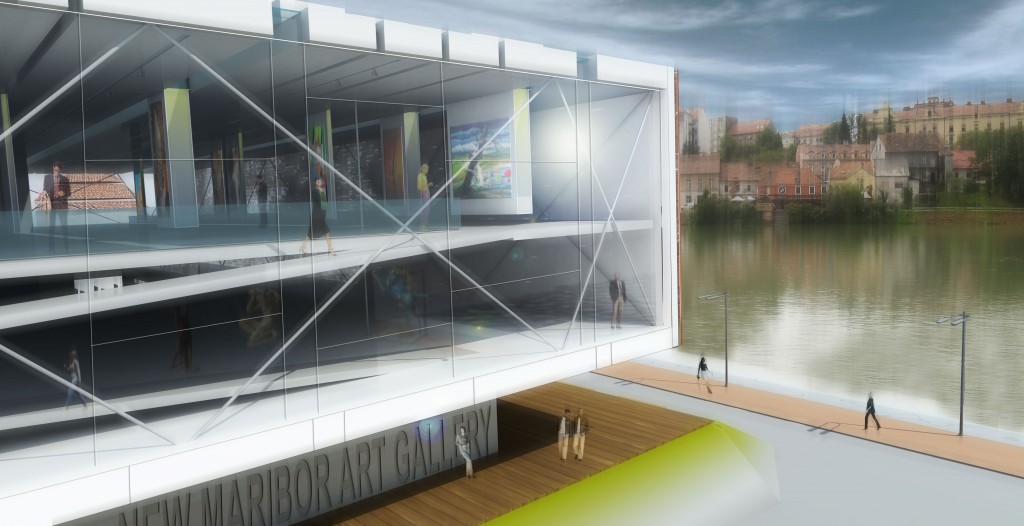 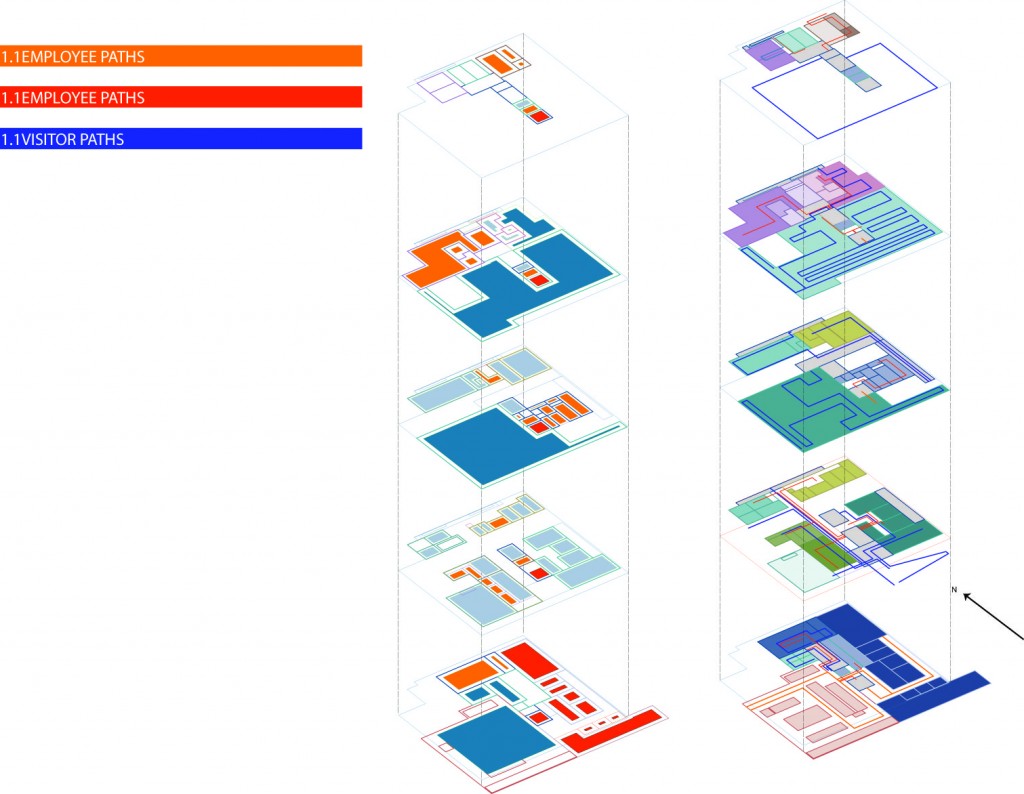 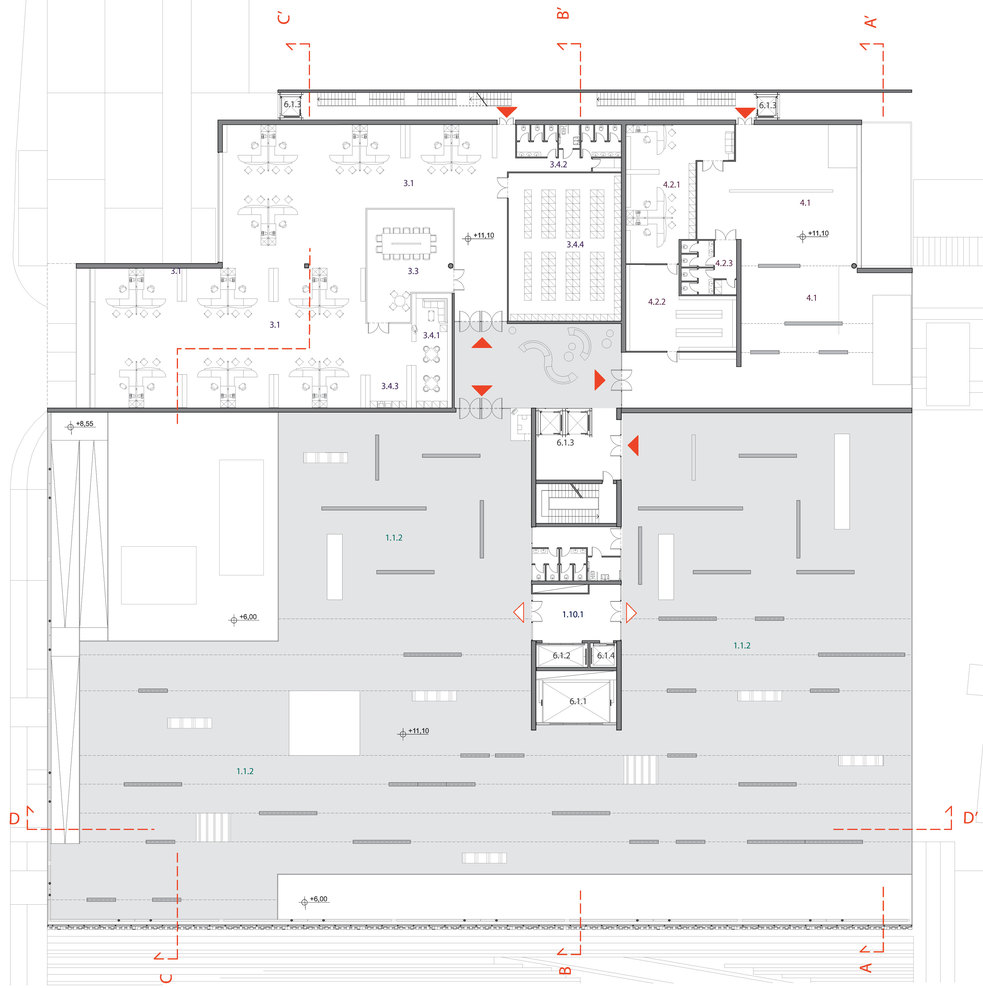