The Auditorium project illustrated in the charts and in the technical report is based on two peculiar aspects of the Isernia territory and in the ancient urban shape of the city. It is common knowledge that in the pre-roman phase the original settlement was based on the primary need for a control over the entire territory with a set of megalithic defence stations. As a result the new buildings of the project appear as merged volumes that in the substance recall the megalithic form of the urban protecting wall of the city. The tendency to look back at the past becomes the foundation element of the evolving civilization and it becomes concrete with the enhancement of the visual relationship that is no longer accidental. The large glazing façade system marks the end of the exhibition path that ends with a glance towards the Palaeolithic museum, symbolizing the beginning of the territory’s history. The glazed façade that leads to the Auditorium entrance represents a filter between the “inside” space and the “outside” space. The central axis along which the project evolves is at the same time a barrier line and a unifying force that connects all the functions and the services that the Auditorium houses. 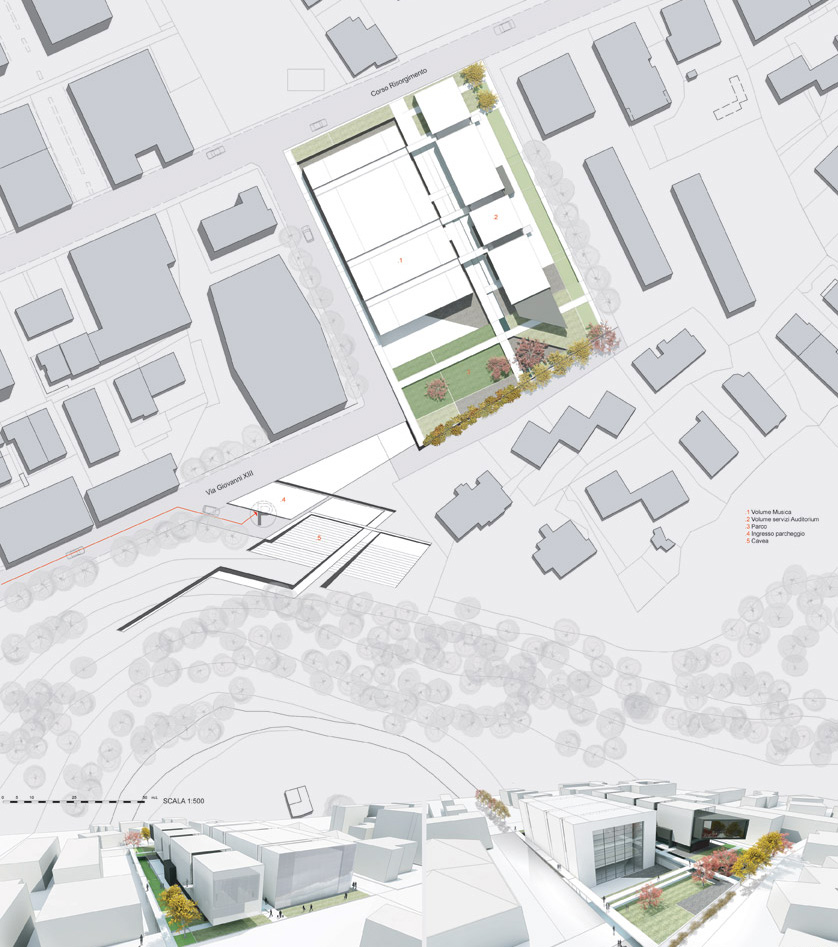 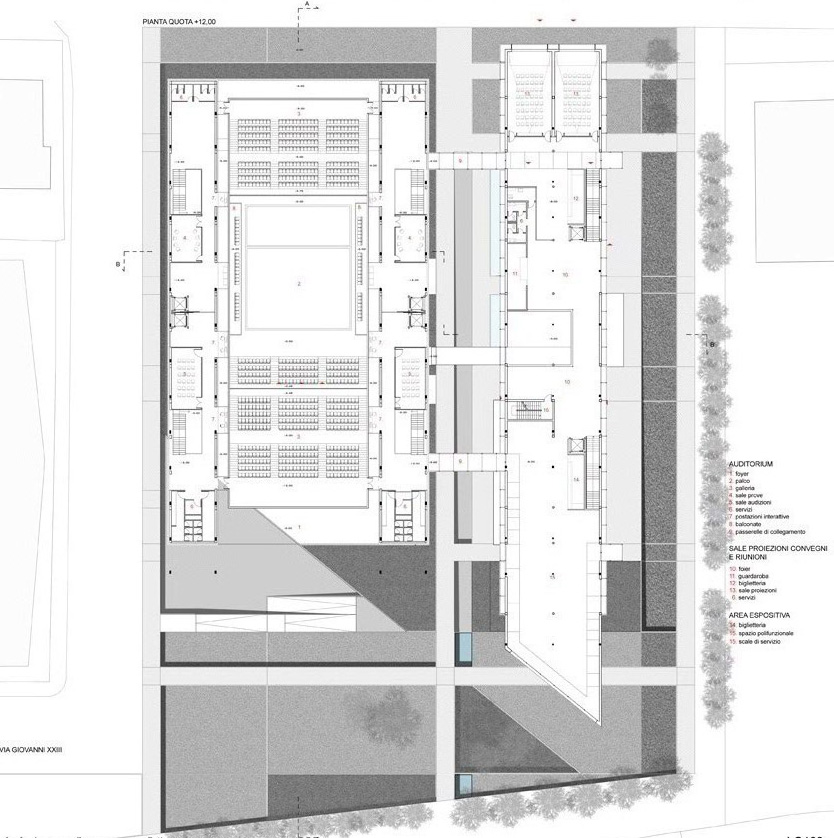