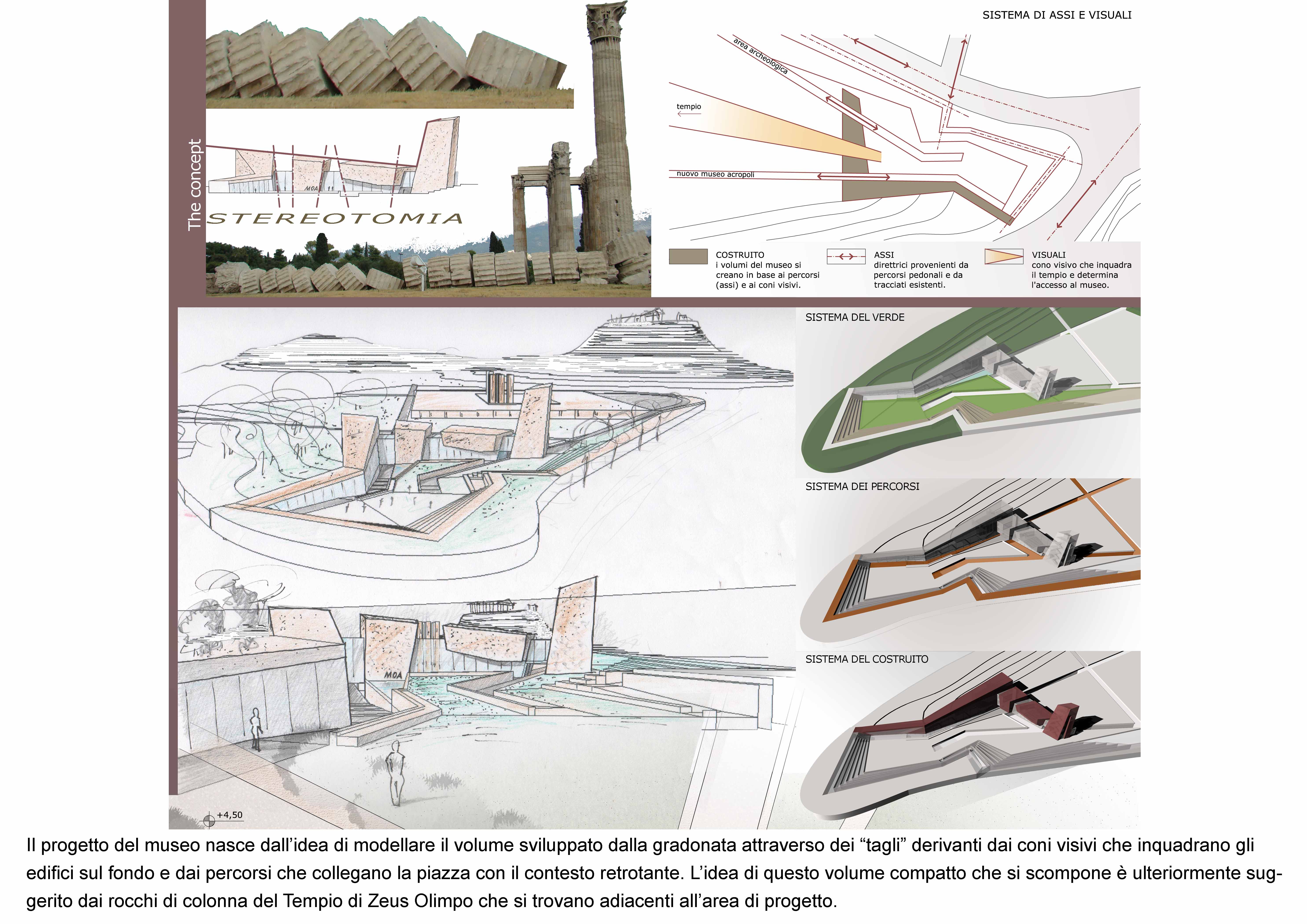 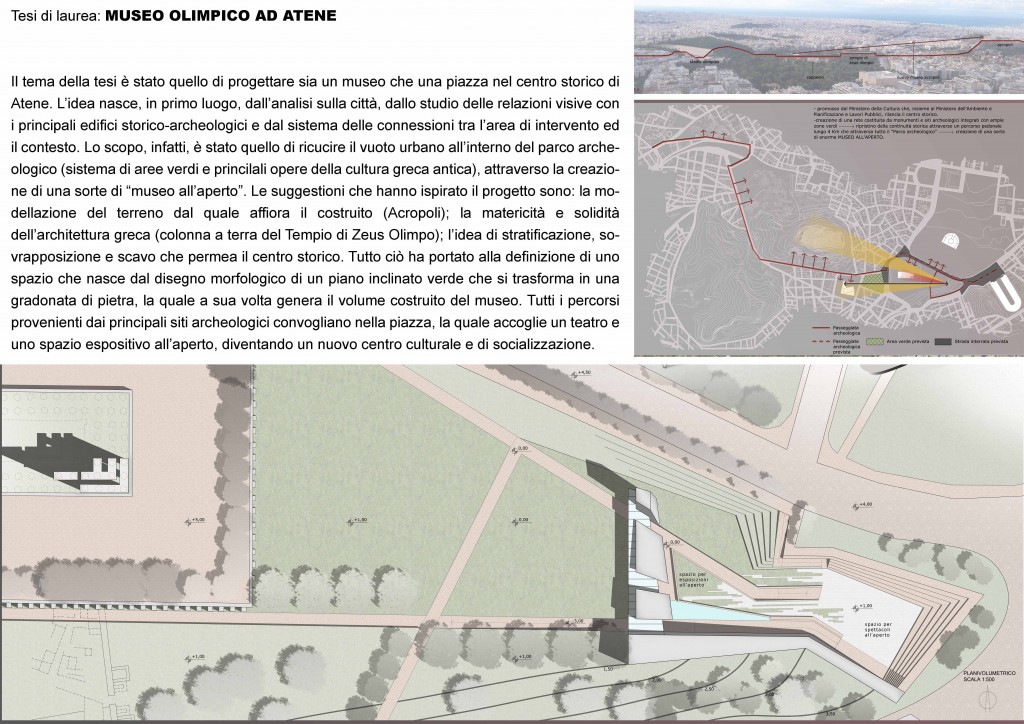 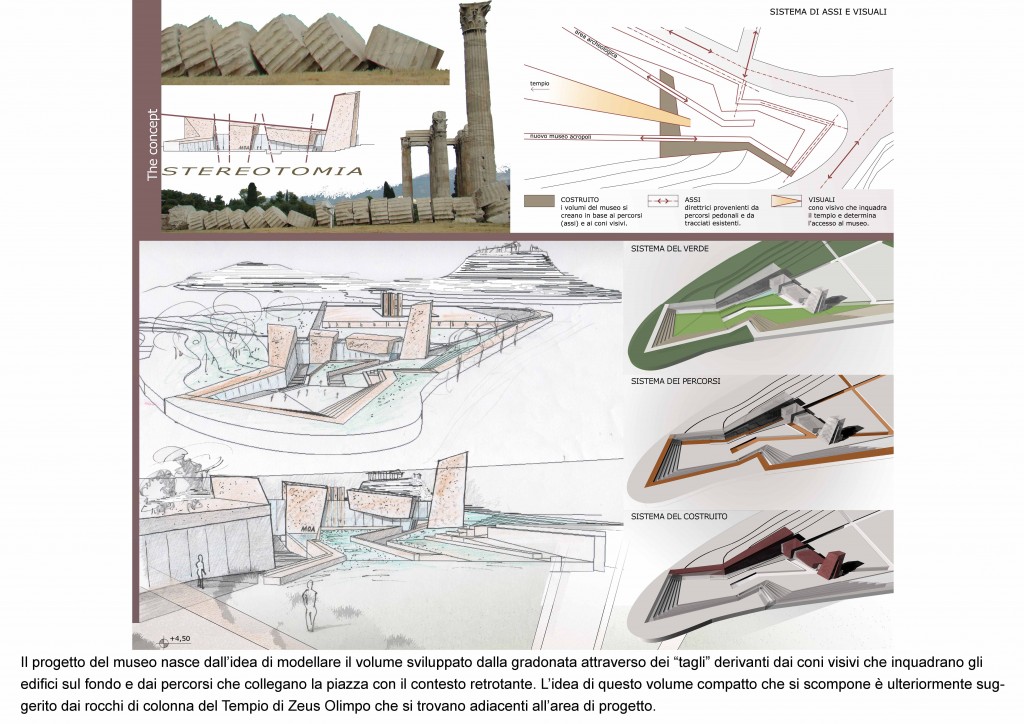 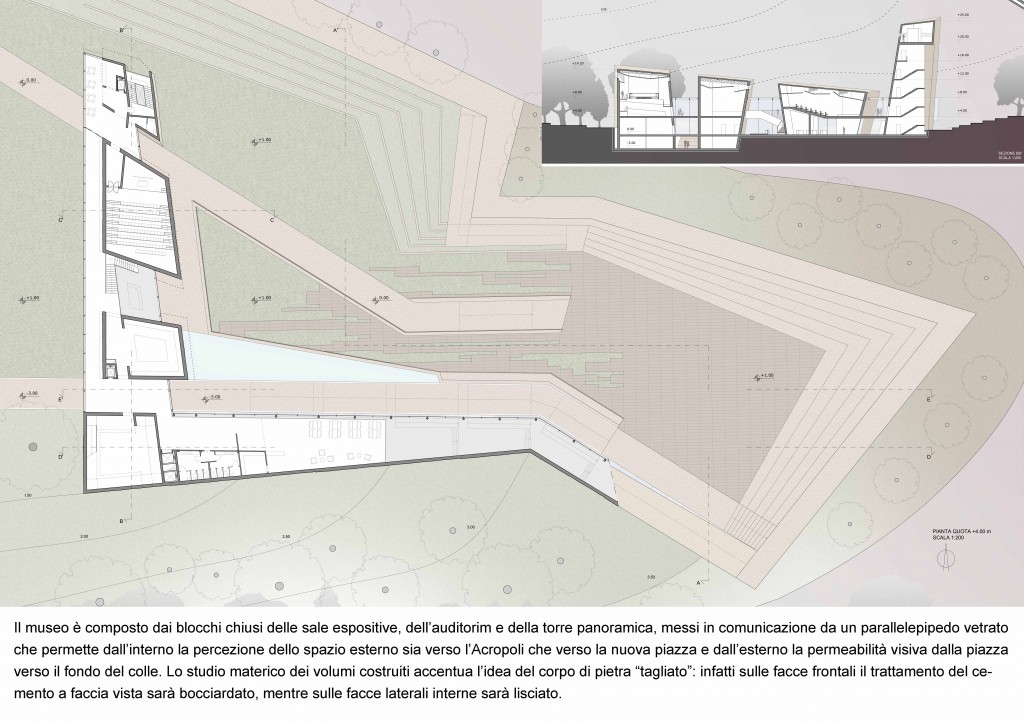 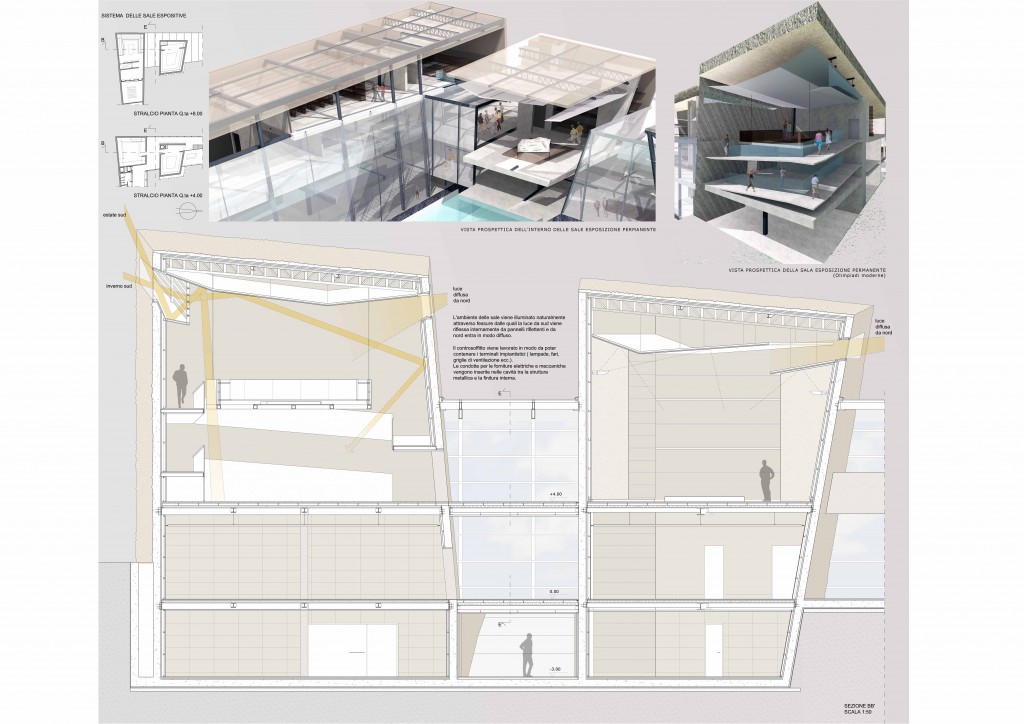 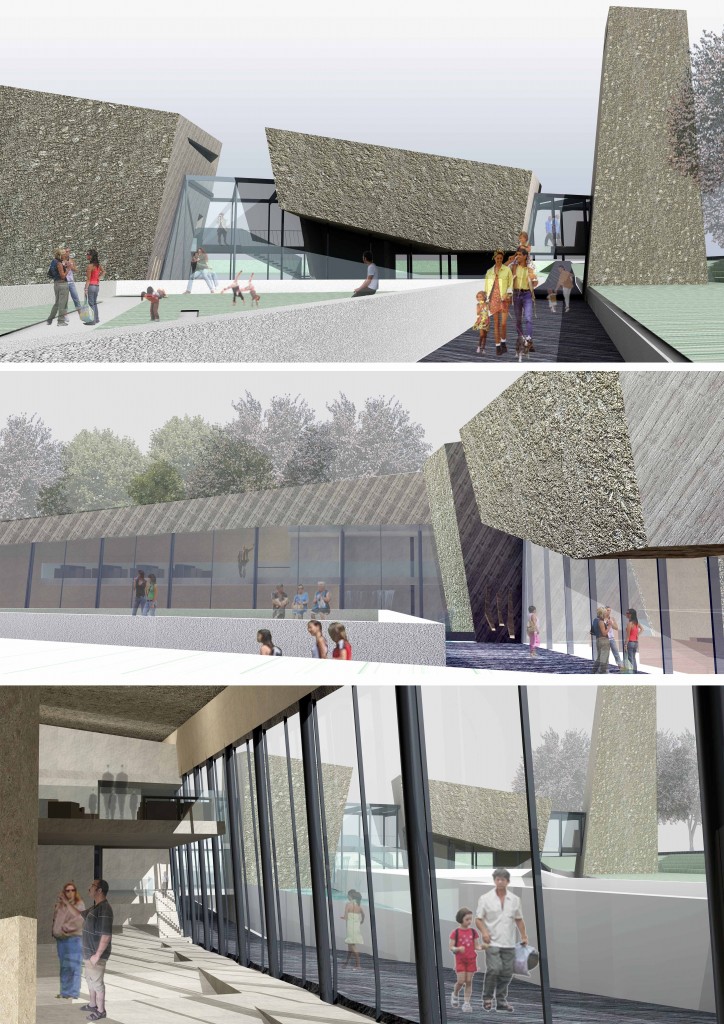 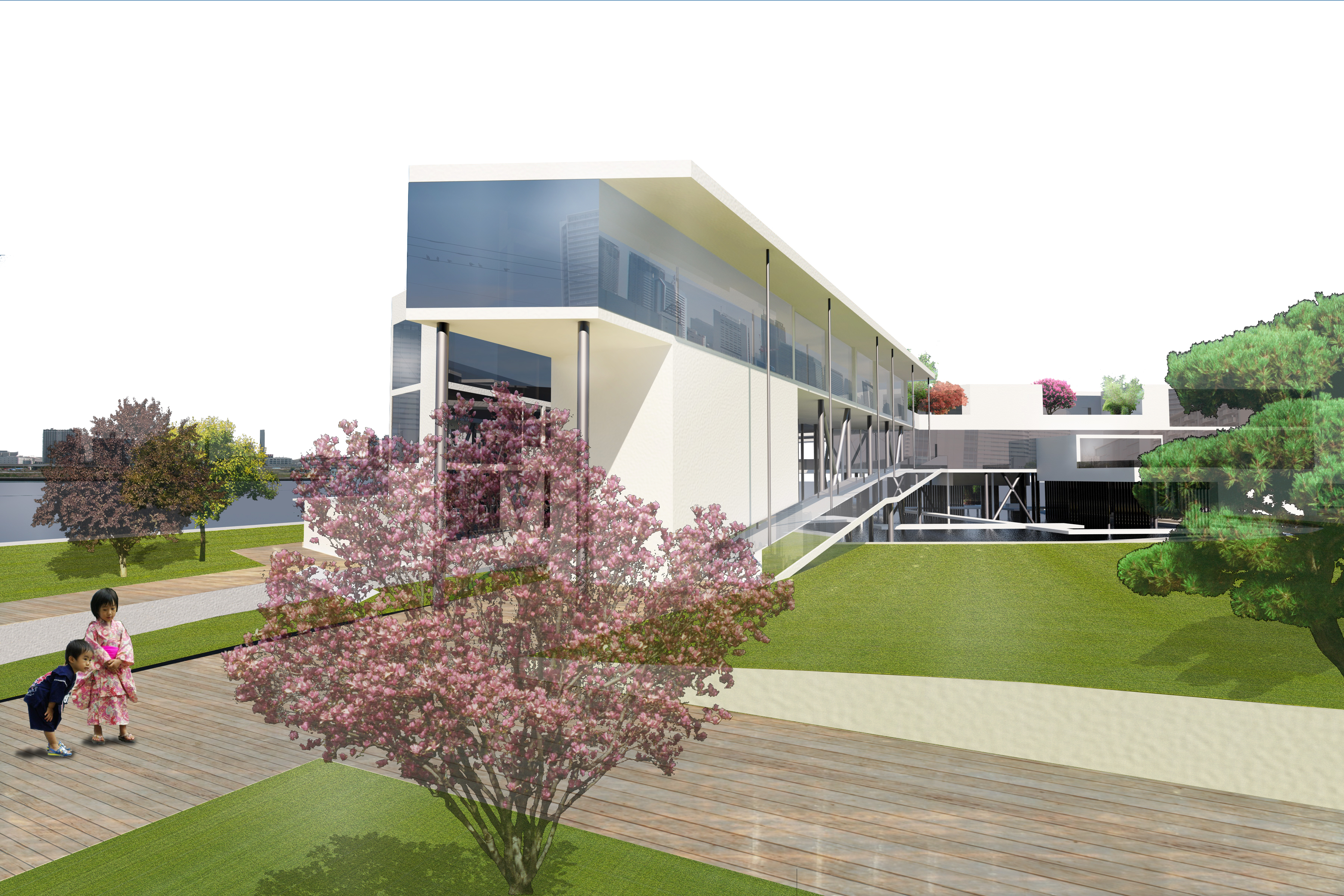 5-star hotel on the Bay of Tokyo

The building is sited in Harumi Island, in Tokyo. Its shape derives from an analysis on the view of the Tokyo Bay waterfront, and a formal revisit of 「月」, the character of “moon”, that has old connections in Japanese literature with the idea of relax and nature contemplation.

The shape of the plan opens to the bay and the view, with a direct contact with the sea. We find the same relation with nature in the facades, that break up and connect to the sky through trees and gardens.

The project is divided into 2 buildings, connected by footbridges: the one more related with the sea, since it is hanged in space, contains the spa and the restaurant, while inside the one on the ground there is the ryokan (traditional Japanese style inn). Preceded by a sociological study on luxury, the hotel is formed by suites, from smaller ones to duplex and triplex ones.

The tradition of ryokan and onsen (thermal baths) is preserved in the interiors, with the usage of Japanese materials and objects. 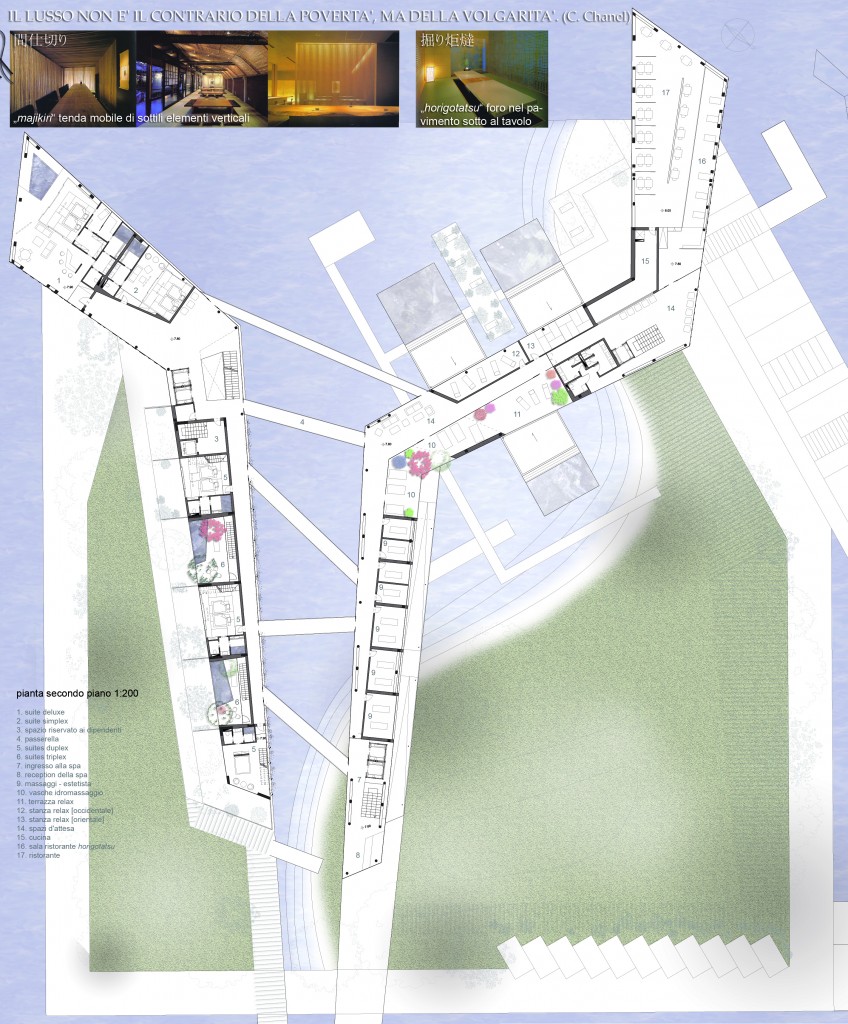 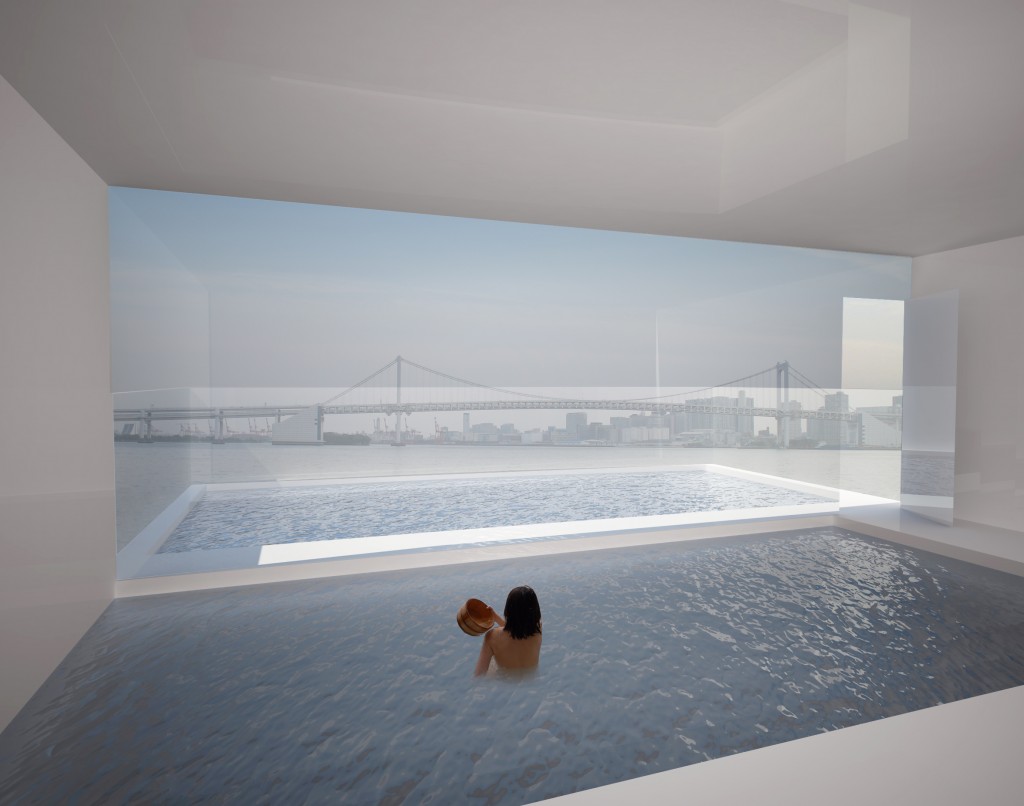 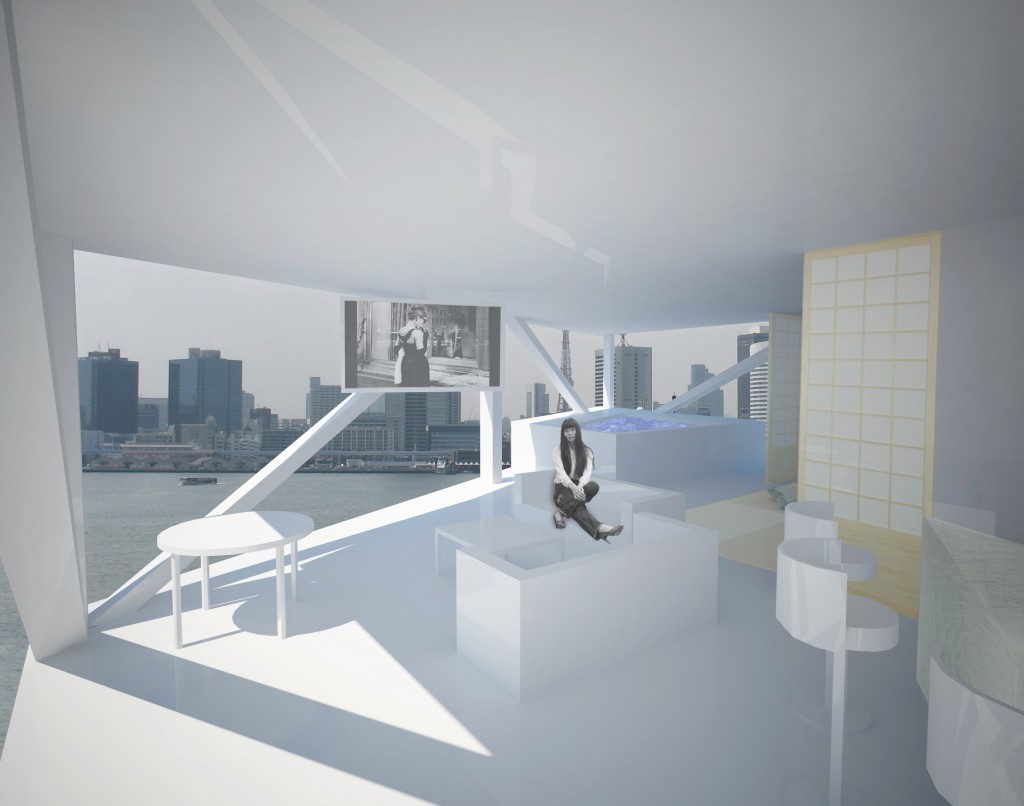 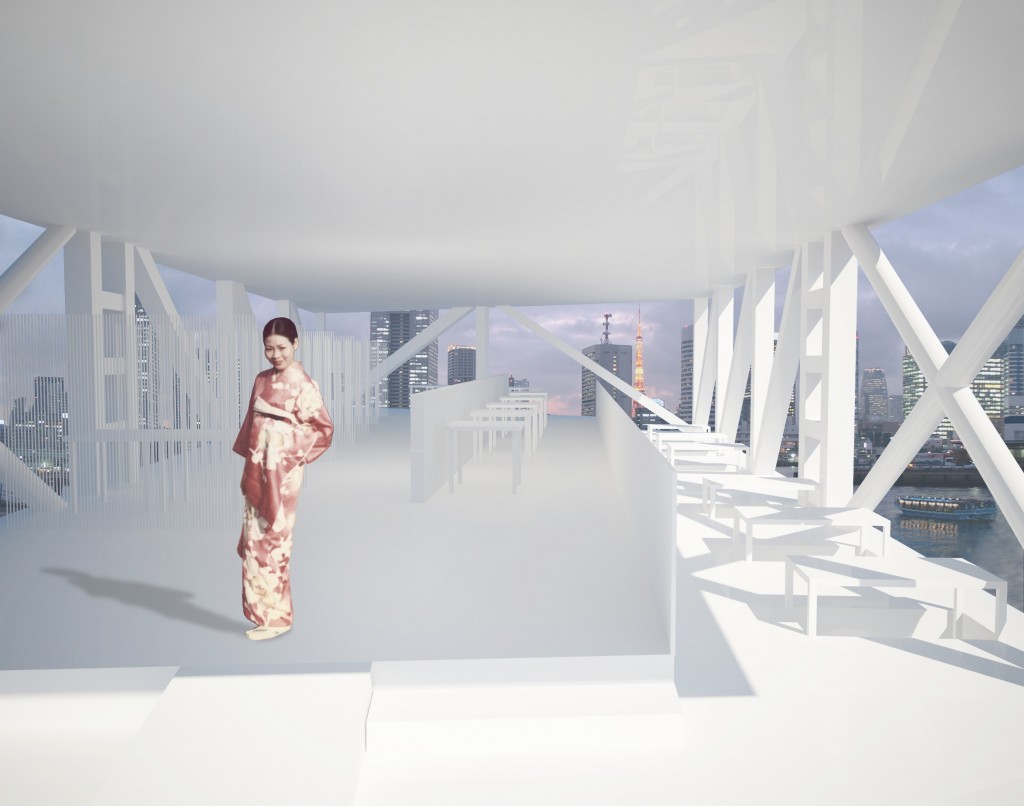 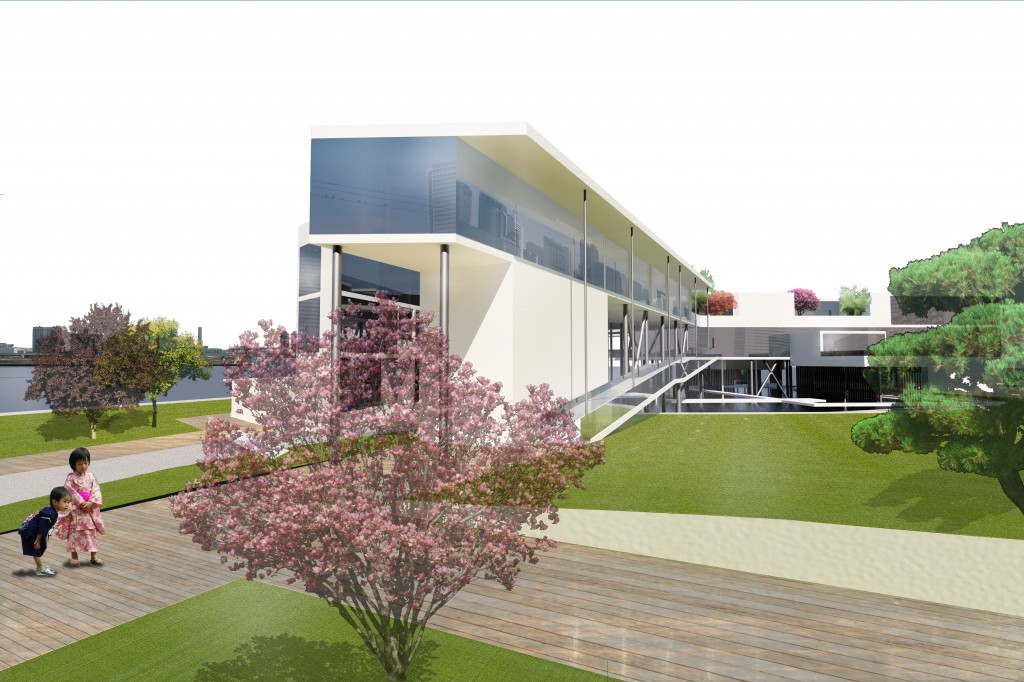 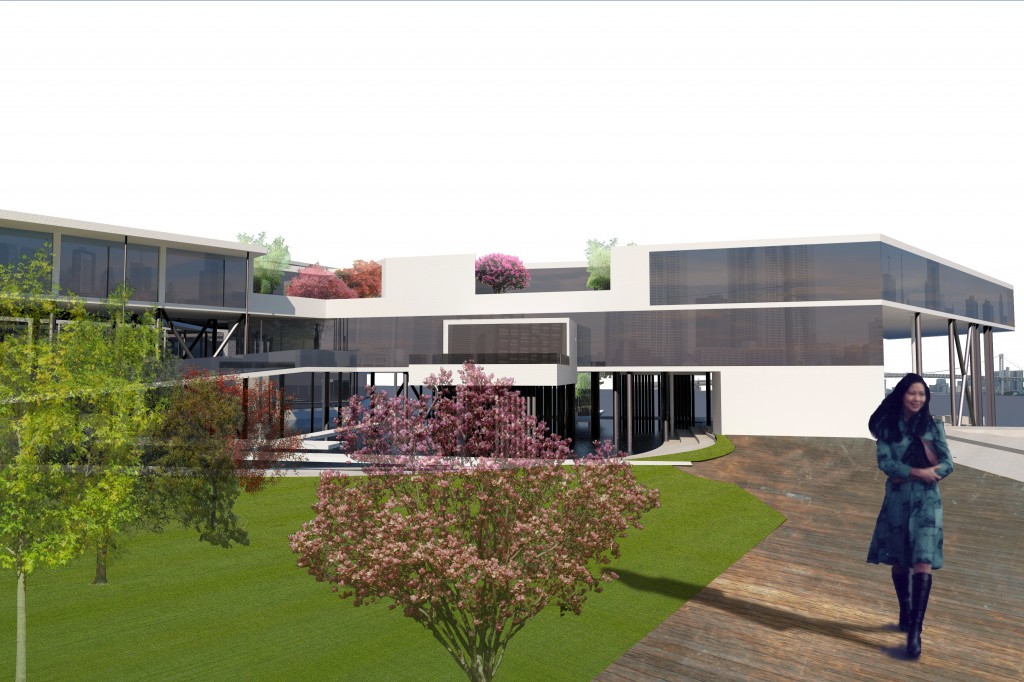 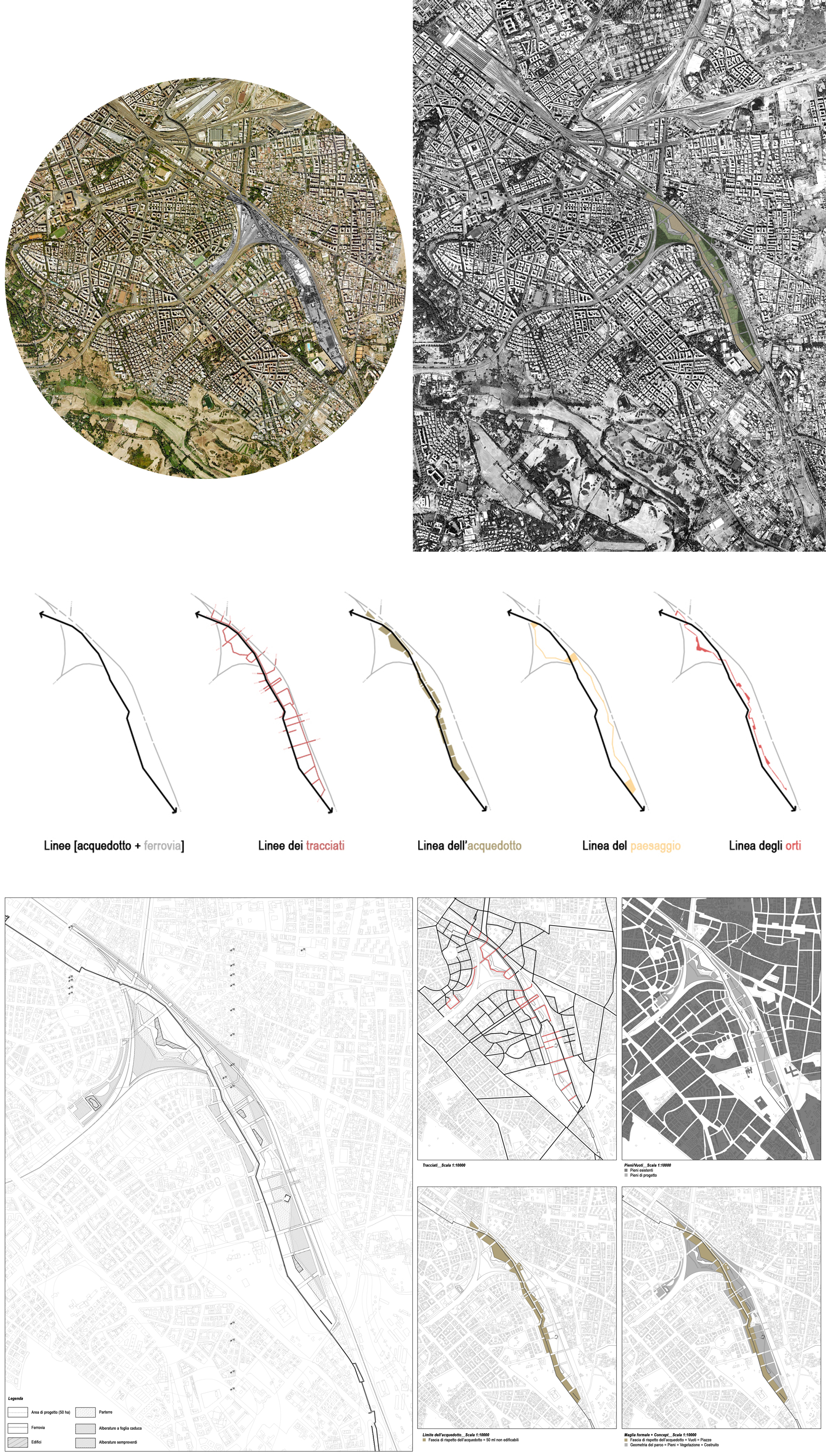